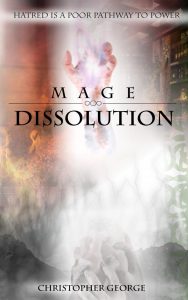 Obsession has mostly consumed Devon now. The path he has chosen to acquire his powers has left hard scars on him but still everyday he becomes more powerful. It’s not enough, it’s never enough. Now considered be a Master of his craft Devon has become a distinct threat to those in positions of power.

A threat that must be ended.

As the young Mage is unable to balance between his power and his ambition, his actions callously threaten to reveal the hidden world of Mana to the real world. This is a risk that comes with catastrophic consequences. Devon doesn’t care about that though – He has one goal and the world will burn before he sees it fail.

As Devon finally realises his obsession he is faced with the stark truth that even Mages have their limits and there are worse fates than death.