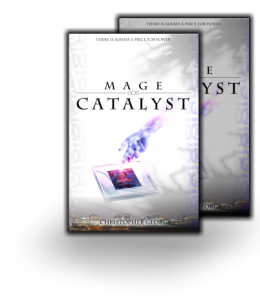 He is a Mage

…but power doesn’t come cheap and there is always a cost.

Catalyst is the first in a series of four books of the Mage series.